A legal case that Italy intends to open against Pfizer over COVID-19 supply delays is likely to be of civil nature and seek financial compensation, a lawyer specializing on vaccine issues told Sputnik. On Tuesday, Italian infrastructure and transport minister Paola De Micheli said on Rai 1 tv channel that the Legal Council of the State would file a complaint against Pfizer over the disrespect of the vaccination plan that Italy made together with the European Union.

“I see it as a civil action. There have also been speculations about a possible criminal liability, but here we enter into something more complex, and I do not know if it is so appropriate to take a criminal action against a company that is making vaccines useful for the whole community. I see more easily a possible civil initiative,” Massimo Dragone, a member of the Venice Bar Association, said. He explained that any projections regarding the future legal case are hard to make since the details of the contract are still unknown.

Both sides of the contract – the European Union and Pfizer – have been protecting the commercial secret and have not made it public. “The other point is that the legal action should be done in Belgium, in my opinion. In Brussels, because it is the European Union that should carry it out [as the party of the contract]. We have to see how the Italian government relates to this. It could push the European Union, which among other things could also open a legal case on behalf of its member states,” Dragone continued.

Italian Prime Minister Giuseppe Conte announced last week that he would make every effort to force coronavirus vaccine producers Pfizer and AstraZeneca to abide by their contractual obligations. Pfizer has announced a cut in supplies to the EU due to production reorganization, which is necessary to increase the capacity. Conte said AstraZeneca was also preparing to reduce imports even as its vaccine was being considered for approval in the EU.

Speaking at Davos Agenda virtual event on Tuesday, European Commission President Ursula von der Leyen also said vaccine producers “must deliver” and must “honor their obligations.” “Pfizer has made an official statement in which it says that in order to improve production, it slows it down in late January-early February, but this will eventually lead to a significant increase in doses available to patients in late February-March. … This aspect, in my opinion, does not justify the slowdown. I don’t see the logic in slowing down the production in order to increase it, it is not clear to me. … This is an element that I imagine can be exploited in a possible legal dispute,” the lawyer said.

Italy saw Pfizer vaccine deliveries drop by almost 30 percent last week and was told to expect a further 20 percent cut this week, forcing it to start rationing doses after weeks of speedy vaccination. “Then there is the question of a force majeure,” Dragone continued. He noted that Pfizer can invoke a force majeure clause only if it corresponds to certain characteristics – in particular, if it relates to the events that were not foreseen by the parties that changed the balance of the contract in such a way that it added an excessive burden on the party. “The fundamental thing is that this force majeure situation must appear after the signing of the contract and must be independent of the will of the party to the contract (Pfizer). It remains to be seen whether at the time of signing the contract the reason why Pfizer would be willing to downsize the production was foreseeable or not. The burden of proving it rests with Pfizer, which should explain why production has dropped. Clearly Pfizer should demonstrate a cause of force majeure beyond its control and unpredictability at the time the contract was signed,” Dragone said.

The lawyer noted that such civil actions usually last for a long period of time, and since the doses need to be made available immediately, the real objective behind the case may be an increased pressure on Pfizer, as well as a financial compensation achieved through a reconciliation agreement. “Civil actions very often have a goal of a conciliation. Because a judicial measure, that is an order from the judge to make a certain quantity of doses available, might be unfeasible if the doses are not there. I see it very difficult. I warn of major difficulties with the timing of such an action, which can still have a commercial pressure effect,” Dragone said.

Asked what the end of a possible lawsuit could be, he said “financial compensation, for sure.” “It would be an important compensation, because if the lives of many people are at stake, it is clearly a compensation linked to this aspect as well. Because in the end, if the second dose is missing or the vaccination campaign at an Italian or even a European level slows down, clearly many human lives are at stake because the more time passes, the more the problem increases,” Dragone said.

* Published on January 27, 2021 by Anastasia Levchenko on https://sputniknews.com/ 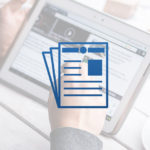 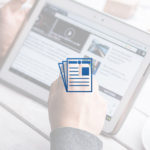 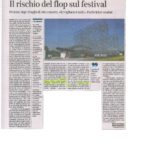